Raid on Entebbe…for some travel stories

I have travelled to several eventful and interesting places in the past. My recent trip to Kampala (Uganda) and its airport Entebbe threw up some quirky incidents.

Free-for-all
As soon as I boarded the Kenyan Airways flight at Entebbe airport (to depart Uganda), the air hostess said “Free seating, every one.” Passengers could sit anywhere regardless of the seat assigned on their boarding passes. It was like sitting in a cinema hall – free seating, movies on the screen and coke on the side. All I was missing was the popcorn. 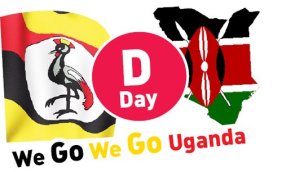 Secure drive
At a government ministry or the airport, the security personnel thoroughly search the vehicle (including the glove compartment). Then they make the passenger(s) disembark and walk through a metal detector, while the vehicle drives forward. The frisked passenger can then jump back aboard the car. However, they always miss out the driver. What if the (valet) driver did it?

Walking the ramp
The Entebbe airport must be one of the most inconvenient airports for people with luggage, of old age or with disabilities. For departure, one need to go up, then down, right, then left, then up and then down – using stairs without any ramps. This reminded me of the proposed architectural plans for a cinema hall by Ugandan student Endepuri “Doing-a-performance-or-coming-for-a-performance” Kasozi in the cult movie ‘In Which Annie Gives It Those Ones’. Well, it shows that life imitates art.

Smoke without fire
One day, I asked my driver to take me to buy a pack of cigarettes. He drove me around and around for an hour looking for a cigarette shop before finally dropped me off at a convenience store at a petrol pump (which thankfully had some cigarettes). Next day, my colleague was surprised to hear of this as she told me that the driver is a regular smoker. I wonder what the driver had been smoking.

Flying under the radar
I would like to nominate my taxi driver (who drove me from Kampala to Entebbe airport) to the list of speed devils prospecting to become Formula 1 racers. On a barely single-lane road, all he needed was a pair of wings, and he would have flown me to my destination. In a couple of suicidal overtaking manoeuvres, he almost earned his wings (of an angel). 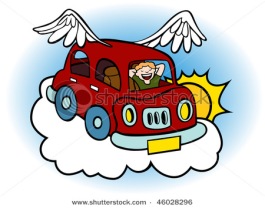 The above notwithstanding, I must say that I had a great time in Uganda with its blessed weather, friendly people, extremely helpful colleagues, a buzz to the city and an ever-so-civilized system of visa on arrival.

A Cynic's Eye View: This is my tongue-in-cheek, one-eyebrow-raised, cynical view of the world of politics & the world of sports (and intriguing intersection of the two) by way of written posts and cartoons. All views expressed are my own (nobody else wants them). Follow me by subscribing here or on twitter @rp_71 Looking forward to the bouquets and brickbats in the comments section Cynics of the world, unite. We have nothing to lose, but our disdains…
View all posts by rp71 →
This entry was posted in Humor, JLT, Travel and tagged Africa, History, Humor, Transparency. Bookmark the permalink.

14 Responses to Raid on Entebbe…for some travel stories